Oct06 Comments Off on Announcement of Greg Freshwater Scholarship Recipients 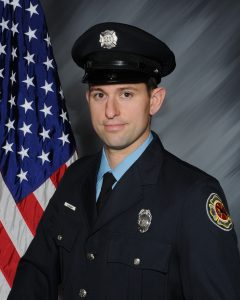 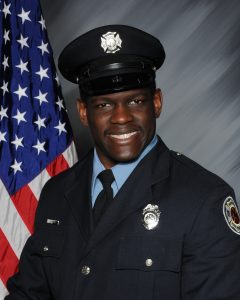 Both joined Waterloo Fire Rescue in 2018.  Mr. Weber has volunteered with the Waverly Fire Department and served in the US Navy from 2007 to 2013.  He also owns a local construction business.  Mr. Agbese was born and raised in Waterloo and spent much of his adult life studying the human body, first as an undergraduate at the University of Iowa, then at the University of Delaware for 2 years of graduate level coursework.  He also has served as a professional strength and conditioning coach.

In accepting this award, Mr. Weber states that he has found a career and passion that matches the comradery that he found in the Navy by working alongside men and women that “I would do anything for on and off the job.   Although I didn’t know Greg, I also have a goal to be the same type of firefighter and friend that Greg was.”

Mr. Agbese states that, “I chose to come back to Waterloo and make it a better place, to help it grow and to advance the mission of the city of Waterloo.”

Since the Greg Freshwater Scholarship was established, 4 firefighters have received this scholarship, completed training at Hawkeye Community College and now proudly serve the department as trained and certified paramedics. With the shortage of trained paramedic personnel, each scholarship recipient enhances emergency medical services provided by the City of Waterloo and Waterloo Fire Rescue.

The cost of advanced paramedic training often exceeds $10,000.  Tax-deductible donations are being accepted by the Waterloo Community Foundation, with the notation of “Greg Freshwater Fund” or on-line at: https://www.wloocommunityfoundation.org/donate-2-2/ 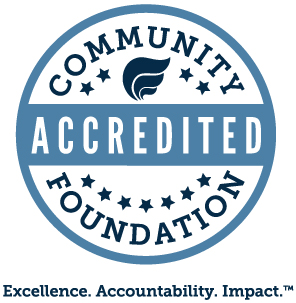